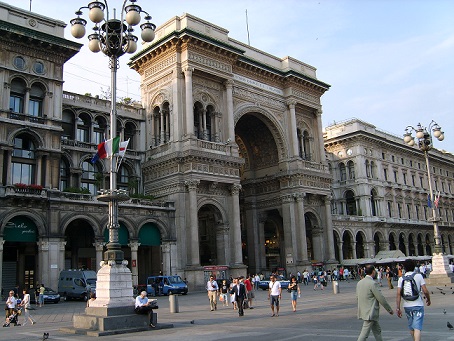 The galleria is a late-19th-century glass-topped shopping mall between the Duomo square and Piazza della Scala. It was designed by Giuseppe Mengoni and built between 1865 and 1877. The building is impressive with its arc-shaped entrance. 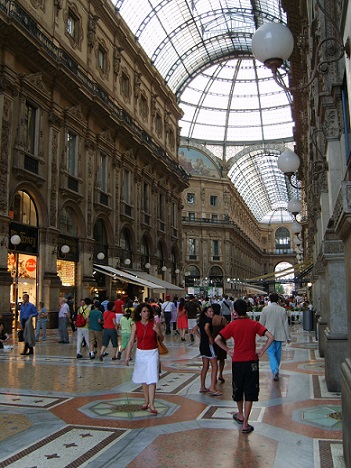 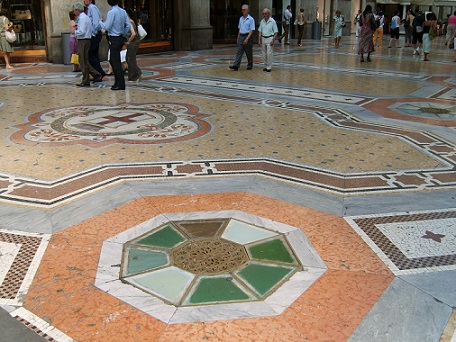 Inside the galleria are (high priced) restaurants, cafes and exclusive shops such as Louis Vuitton, Gucci and Prada but also a McDonalds with a small terrace. The floors are made from marble with mosaic tiles. Around the Galleria are several other main shopping streets.

Metro
The Galleria Vittorio Emanuele II is next to the Duomo cathedral. The metro station (line 1, station Duomo) is at the Duomo Square.